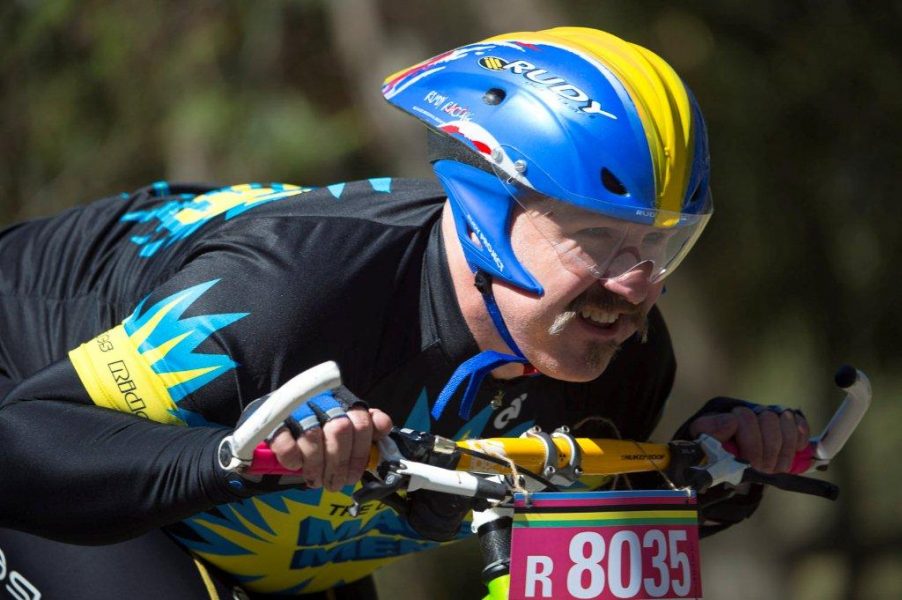 It was in May 1992, late afternoon on a cool Northern NSW day. Nearing the end of a mountain bike ride, the rider at the front called a halt on the top of a slight rise on a section of sealed road. ‘Time for a Rolloff’ he announced to the half dozen or so riders who pulled up next to him. The group spread across the road, each with one foot on the pedal at the 12 o’clock position. On the count of 3, they pushed off with the other foot and went straight into an aerodynamic crouch position. The road was not steep but reasonable speed was picked up. Holding the position, some necks felt pain. Smiles cracked across faces as rider passed rider. Once on the flat, speed dropped away and eyes picked out every pothole or slight hump in the surface. Slowing…slowing…… slowing. One by one the riders rolled no further. Almost at walking pace, 50 year old Irene Bisset wobbled past a young bloke half her age and, as he slowed to a stop, Irene went on to be the furthest travelled rider. She had won the Rolloff, perhaps the first one ever held.

In 2012 the International Rolloff Commission (IRC) met for the first time in Tuscany, Italy. The World Championships were awarded to the NSW town of Bundanoon in perpetuity and have been held there ever since.